Web3 - What The Internet Was Meant To Be

The Web 2.0 marks an era of centralized platforms that control and own your data, deciding what you and other people see and what discussions are to be censored. Our desire for convenience, instant gratification and laziness got us to this place. What some call the Web3, I would call the rebirth of the internet, going back to its roots. The early www of the 90s and early 00s brought us freedom, creativity, passion and endless opportunities. The web3 will be decentralized and permissionless. Participants will (likely) choose to remain anonymous and will retain ownership their own data. The exchange ideas and money with whomever people desire will flourish. Even some big tech corporations have recently been investing in the emerging blockchain-based economy and what some may call “the metaverse”.

Readers of my web log will know that I love most aspects of the Web 1.0. I will start a series of on-chain, decentralized application development posts and wanted to kick this series off with an introduction, explaining (also to myself) what the web3 is and what it means for our future.

The web3 is suddenly being talked about everywhere. While I’m not (yet) buying into the Metaverse, when Big Tech slams the developments of “web3”, we want to pay attention. Here is a recent rant from Twitter’s Jack Dorsey, supporting corporate interest:

The VCs and their LPs do. It will never escape their incentives. It’s ultimately a centralized entity with a different label.

Know what you’re getting into…

and Elon piled in too, on the same day no less:

Has anyone seen web3? I can’t find it.

The criticism isn’t invalid at all. VC money is going where growth is and opportunities are perceived. I myself have not sufficient knowledge yet to judge or wield such criticism, which got me interested. This article is a mere high-level exploration to get myself up to speed.

A brief history of the World Wide Web 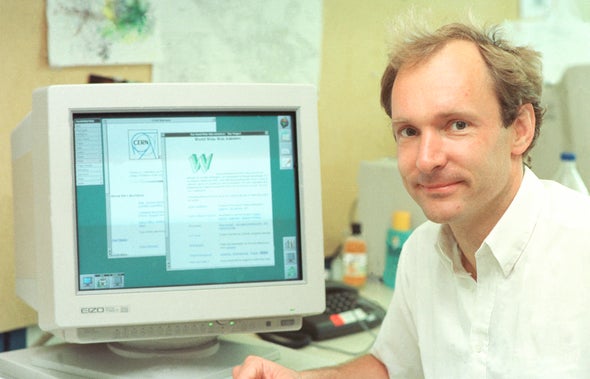 Tim Berners-Lee worked as a contractor at the European Organization for Nuclear Research (CERN) in Switzerland. In March 1989 he wrote a proposal for “a large hypertext database with typed links” that received little interest at the time. Encouraged by his boss, Mike Sendall, he implemented his system on a newly acquired NeXT workstation. Considered names, including Information Mesh, The Information Mine or Mine of Information, but settled on World Wide Web. Berners-Lee and Robert Cailliau pitched the ideas to the European Conference on Hypertext Technology in September 1990, but found no vendors who could appreciate his vision of marrying hypertext with the Internet. By Christmas 1990, the tools necessary for a working Web existed. The HyperText Transfer Protocol (HTTP), the HyperText Markup Language (HTML), the first Web browser named WorldWideWeb, the first HTTP server software (later known as CERN httpd), the first web server (http://info.cern.ch), and the first Web pages that described the project itself. To encourage usage, Bernd Pollermann put the CERN telephone directory on the web.

The Web was born and retroactively named the “Web 1.0”. Its technologies are still the foundation of all todays internet. Like CERN’s early phone directory, it is all about information sharing and documents. What you get from these web pages still over 30 years later. The major innovation this era and the people involved early brought us, are open protocols that last to this very day.

An often cited core attribute of the first version of the web is information that everyone can “read”. 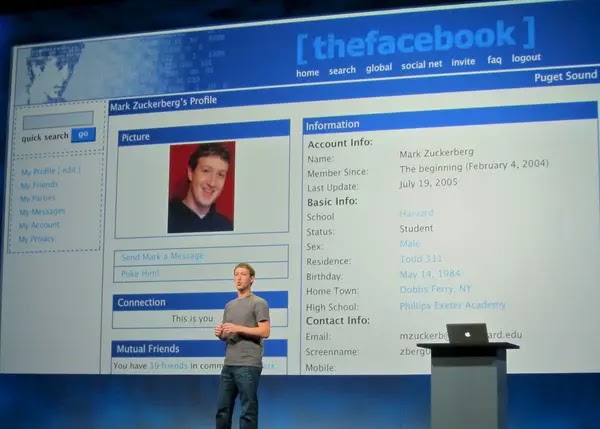 The keyword for the Web 2.0 era is “write”. When we transitioned to more dynamic and user created content two things happened. Users gravitated with network effects to few platforms, usually one dominant one per purpose. There information is in a silo and owned by someone else. Google, Youtube, Facebook, Instagram, Twitter and Netflix are what we refer to as “big tech”. Secondly we became dependent and were made addicted to these services. The same way Burrhus Frederic Skinner was able to get rodents addicted to switches that released randomized rewards as food, Facebook and Twitter serve timelines. We have to go through tons of uninteresting posts before there is one we like, giving us that dopamine hit. Big tech specializes in monetizing every moment of out attention online. Browsing through a ton of advertisement along the way for this hit.

With the dependence on centralized platforms the number of users that are able to participate in these discussions grew to billions of people. Quality of content still remains high in niches of the internet, but the average depth to any content dropped significantly. Few “influencers” and “Key Opinion Leaders” (KOL) dominate the Pareto distribution of who we listen to on these platforms. While this was likely a necessary and unavoidable step in technical evolution, teenagers in 2021 use the internet to a lesser extend than any generation that came before it. Everything is an app and everything lives in its own walled garden appears to be an accepted mantra. The tradeoff is convenience for ability, passion and centralized control and ownership.

The term “Web3” was coined by Gavin Wood (whom you might know from Polkadot) in 2014. Web 3.0, with the space and the .0, aka the Semantic Web, originated from Tim-Berners Lee himself to describe what was meant to be structured data ala “Web 2.0 + Semantic Web = Web 3.0”. Web3 without the space and the .0 is a concept and a group of technologies rather than a specific technology stack. It takes the lessons of Web 1.0 and 2.0 and combines everything we learned with the blockchain revolution, powering servers with distributed computing rather than centralized ones. The focus is on interoperability and compatible, open-protocols.

The pitch for the web3 is not that new, in essence it is about the elimination of the rent-seeking middleman. Connecting creators directly with consumers and allowing interesting content to surface naturally. The associated buzzword in this context is “join”. A few years after Bitcoin revolutionized the way we perceive value and exchange on the internet Gavin Wood and others saw possibilities way back in 2014. “dApps” as in decentralized apps became a topic and with the launch of Ethereum, crypto currencies gained a Turing complete, decentralized computer that spawned Defi (decentralized finance) and other early successes. Until recently, web3 was primarily used in finance and as a way to decentralize classical banks and brokerages and bring transparency to the industry.

It promises to provide services with a decentralized backend, allowing for content creation while retaining ownership of the data and monetization without the thread of censorship and regulation. While Ethereum is huge step that continues to receive a lot of improvements (and promises), the network tends to get clogged and only marginally improves on the transaction rate of Bitcoin. The first dApps seemed slow and clunky. More recently, Algorand and Solana have demonstrated a layer one solution with sufficient speed that justifies attention. We enter a world where we can not only share information and interact, but also execute on information and own digital tokens.

As we’ve been told over the past decade, what is valuable in the Web 2.0 world is our data. I remember headlines such as “Data is the New Oil” (not kidding, see wired.com). What data means is often what we engineers refer to as “state”. State is kept on the servers of centralized entities, in cookies and in JWT tokens. This implies that currently almost all value is held by few large entities “big tech”.

The problem we’re facing is that we cannot transfer this state. Even for the companies that own our data, it’s not so easy to trade value, which is why the business model has gravitated towards selling data and advertisement. We agreed to this in the Terms & Conditions.

It should also come to no surprise that advertisement favors established businesses. In the future, imagine a world where we can transfer value to any participant, peer to peer, without the middleman. This is a paradigm shift for digital platforms and services.

The applications that will be running on this new network and “operating system” are set to improve on data security, privacy and bring scalability to these features beyond what is possible today.

Entrusting information to arbitrary counter parties on the internet can be dangerous. Decentralized Applications (dApps) rely on decentralization to execute their key function. The program, or smart contract if you will, is stored on executed on decentralized and permissionless peer to peer networks, aka blockchains. The frontend may or may not be decentralized, but with a decentralized backend, whatever is promoted could be one of many. The key characteristics of dApps are the following technologies.

The foundation this world of value transfer will be built on are static content, dynamic messaging and trustless transactions. Decentralized storage for content exists since Bram Cohen developed BitTorrent in 2001. With magnet links we get hashes to files and content addressable storage.

Like in the Gemini protocol, a rebirth of the Web 1.0, identity is tied to public keys in Web3. Your identity usually shown as that key in dApps after connecting your wallet.

Further, messages can be signed by the sender’s private key to guarantee that it does indeed come from the sender and provide the receiver with a secure receipt of communication. Shared secrets can provide the opportunity to communicate securely, including between groups.

The Web3 wallet is just a browser addon/extension to the regular self-custody wallet enabling the usage of dapps. For Ethereum applications the most popular one is MetaMask, for Solana use Phantom. These extensions also work with hardware wallets such as Ledger.

The Byzantine Generals Problem describes the challenge of establishing and maintaining security on a distributed network with bad actors. Consensus is the means to agree on rules of interactions. Bitcoin established consensus based applications with proof of work (PoW). Consensus is essential in the zero trust web3 world.

Non-Fungible Tokens (NFT) have made an entry and are used for collectibles and art. A bit over the top and many people including myself didn’t get it at first. To stay with the oil analogy, a barrel of oil is fungible, it’s as good as another one. Non fungible tokens are digital assets where only a single copy exists of. They can be transferred but always have only a single owner. They also appear to be used for membership. A deviation on long existing technologies such as web of trusts. Think of discount vouchers that can be truly owned as a simple application.

The technology that brings everything together is the browser, therefore we still call this the “web”. The client application will talk to our wallet and can be hosted centralized or decentralized (see storage above). It will interact (likely) through JSON RPC to blockchain nodes to get data and execute transactions.

Blockchain is a fundamentally stack for tracking identity and billing. The change will happen gradually. We can see more and more Web 2.0 sites accepting Bitcoin and other currencies for payments. There are Defi products for decentralized exchanges and swaps. There are the first platforms that look and feel like the web, e.g. the on-demand video platform Odysee built by LBRY, Inc. using their LBRY protocol. Censorship on centralized platforms will be one driver of the permissionless space. With convenience, security and compatibility, over time, the Web3 seems niche right now, but also appears possible.