nox.im · All Posts · All in Anthropology · All in My Take

Bread and circuses, from Latin: “panem et circenses” refers to superficial appeasement, often for the shallow citizen. Simply put, entertainment. As the Roman Empire decayed, politicians employed welfare, bread and circuses to ingratiate themselves with the public. While people thought they’re getting things for “free”, these things were paid for with currency debasement and increased taxation. The size of the government was exploding and taxation and excess bureaucracy stifled entrepreneurs and small business. A vicious cycle as governments cannot create prosperity, they can only consume it. 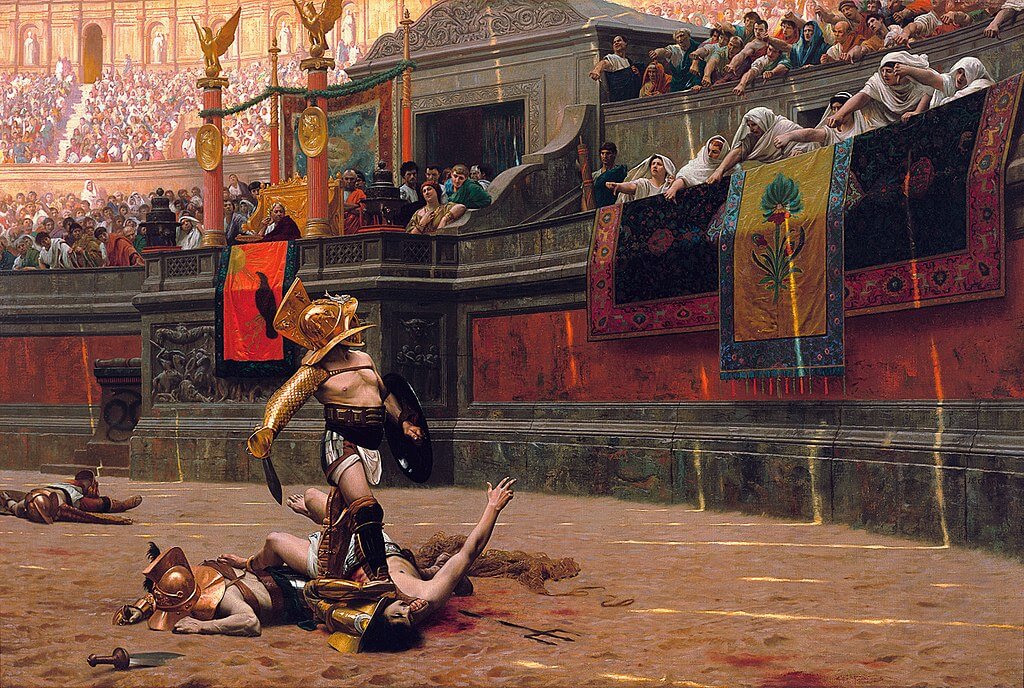 “Give them bread and circuses and they will never revolt.”
– Decimus Iunius Iuvenalis

Free bread and circuses as entertainment given out by politicians in ancient Rome, allowed politicians to gain and keep themselves in power. An age-old trick utilized by corporations, banks and self-serving parts of the state for over two millennia. Today is no different.

In Rome there were gladiators and chariot races, 2000 years in the future and sports is still an opiate of the masses. Fighting sports are fought in “arenas”, the NFL Super Bowl, the English Premier League and other spectacles are held in “stadiums”. The word “arena” stems from Latin (harena, arena) ‘sand, sand-strewn place of combat’. The word “stadium” is the Latin form of the Greek word “stadion” (στάδιον), a measure equalling the length of 600 feet. In the arenas of Rome, not only did people watch violence for entertainment, they also placed bets on the outcome of the fights. Delivering even more dopamine and addiction.

In America and many countries in the world, welfare and mass distraction is widespread. The news cycle is a firehose of irrelevant noise. America is legalizing drugs and gambling in recent years. We’re observing the creation of an environment where people are enabled to get high all day long. When governments favor such moves, we ought to pay attention. They are generating public approval by diversion and distraction. As Eisenhower warned us, the potential for the disastrous rise of misplaced power exists.

We have long gone way beyond watching spectacles and sports. From Netflix, YouTube, social media to internet pornography, our environment has enabled everyone to get quick dopamine hits. More interactive experiences such as video games to novelties such as “the Metaverse” (cough), are making it substantially easier for everyone to subscribe to shallow citizenship. “Meta” from Greek means self, beyond. The company with the same name believes we shall actualize ourselves in the future through experiences in the Matrix rather than in real life. The scary part in all of this is, that it may actually happen.

Insanity in individuals is something rare - but in groups, parties, nations and epochs, it is the rule. -— Friedrich Nietzsche

Maybe you recall the book series that was picked up recently by Hollywood called “The Hunger Games”. A curious fact is that the name of the country in The Hunger Games is “Panem”, bread. The games themselves are the circus used to pacify the populace, entertainment for the upper classes, and through fear for the lower classes.

Is all this really that bad? If bread and games are more widespread and we’re made increasingly dependent on them, the claim could very well be that they might be causing the downfall of modern civilization. Is there any parallel to ancient Rome? Empires don’t collapse in one day. Weakening institutions and political miscalculations create the conditions that make a collapse possible. If not corrected, eventually inevitable. We’re living at a pivotal point in time on this planet where the human population is expected to peak. Do you find it more and more difficult to keep up with what’s going on in the world? We all know, exponential processes speed up towards the end. 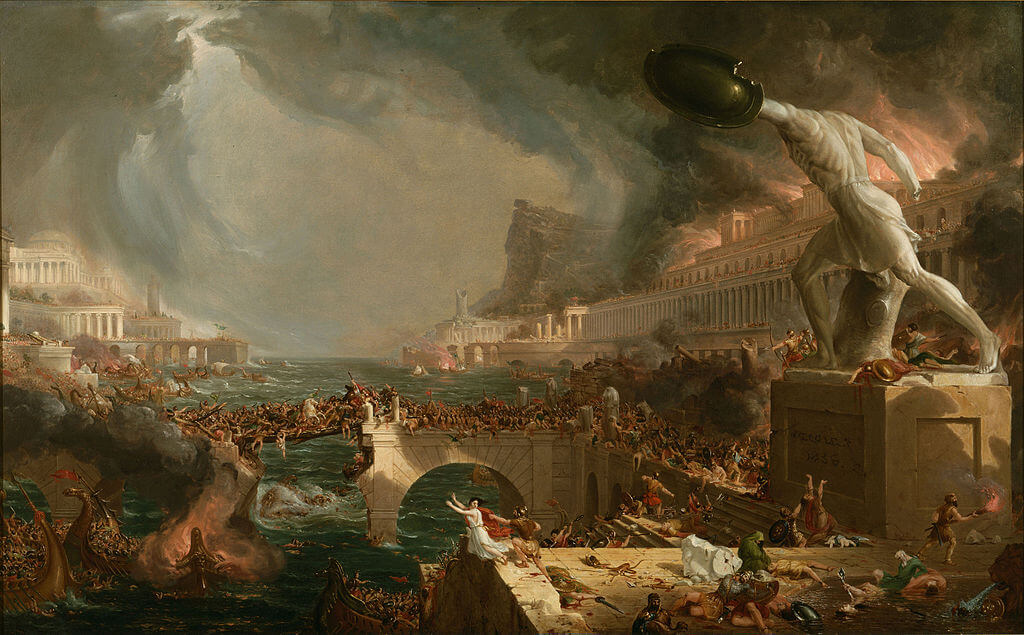 The quality of a society is directly correlated to the quality of its money. Understand the nature of freedom. Hedge for things to come, buy gold, buy Bitcoin.